The safest way to drive a car is to keep your eyes on the road and your hands on the wheel. California laws have attempted to force drivers to do that by imposing fines for distracting driving. Unfortunately, the laws that cover distracted driving are so confusing that you may need a traffic ticket lawyer to help you understand them. California’s distracted driving laws are so unclear, in fact, that police officers often misunderstand them and ticket drivers who have done nothing wrong. When drivers receive tickets they do not deserve, traffic ticket lawyers can help them avoid paying unjust fines. Here are some tips to help you navigate distracted driving laws.

Talking on a cell phone

California law prohibits driving while using “a wireless telephone unless that telephone is specifically designed and configured to allow hands-free listening and talking, and is used in that manner while driving.” Using a wireless (Bluetooth) device, a wired headset, or even activating a speaker phone would seem to comply with the law. If you touch the phone while driving in order to activate the speaker, however, a traffic officer might think you are violating the law. And if you are under 18, you can never use a cell phone while driving, even in a hands-free mode. The law applies when you are “driving.” If you have parked and turned off the engine, you clearly are not driving. If you are stopped at a red light and the car is not moving, you are probably driving. If you pull over to the side of the road to make a call but leave the engine running, whether you are driving is unclear.

Under California law, drivers cannot write, read, or send a text unless their wireless device is voice-operated. Again, the law applies while “driving,” which may or may not include pulling over to the side of the road and texting while the engine is still running. To be safe, turn the engine off before you text.

Using other functions on a smart phone

One California court decided that the cell phone law applies to “talking and listening” (texting is covered by a separate law). A smart traffic ticket lawyer persuaded the court that a driver was not violating the law when he consulted a map on his smart phone while stuck in traffic. That same reasoning would suggest that you can use any other feature of your phone while driving as long as the feature does not involve talking or listening. A separate law, however, prohibits looking at a video screen while driving if the screen is displaying a “video signal that produces entertainment.” That law probably means that drivers cannot watch movies on their smart phones while driving.

Driving in “willful or wanton disregard” of the safety of other people or their property can result in an arrest for reckless driving. For example, if you are reading a map on your smartphone and sideswipe a parked car or nearly run over a pedestrian, you might be prosecuted for reckless driving. The offense carries a maximum sentence of 90 days in jail in addition to a fine. Since it is a serious offense, you need representation by a traffic ticket lawyer if you are accused of reckless driving.

What Counts as Reckless Driving in California? 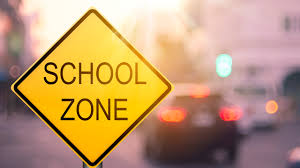