How Much Over the Speed Limit Can I Drive Without Getting a Ticket?

The purpose of speed restrictions is to ensure the safety of all drivers. Although it may feel like you’re moving at a snail’s pace, the speed limit on a motorway is around 65 miles per hour, and that’s the law. Before hitting the road in California, any driver should familiarize themselves with the state’s speed restrictions and the serious consequences of breaking them.

Do you believe that if you’re traveling five mph over the speed limit, the police won’t bother you? What are the repercussions of exceeding the speed limit by a significant margin? Read on to find out about the restrictions placed on drivers in California!

What does the California law say?

Section 22406 of the California Vehicle Code (CVC) sets a statewide maximum speed limit of 55 miles per hour for commercial motor vehicles (CMVs). Furthermore, CVC Section 22406.1 makes it a criminal offense to drive at a speed of 15 miles per hour or more beyond the posted limit.

What is the maximum speed limit in California by Area?

In California, the top speed limit on highways is 65 mph unless a speed limit of 70 mph is stated. On a two-lane roadway without dividers or when hauling a trailer, you should not go faster than 55 mph.

Maximum speed limits are set off the highway based on local traffic and road conditions. These are designed to show you how fast you can go in good weather and without any extra hazards like construction. The state’s top speeds, unless otherwise indicated, are as follows:

So, How Much Over the Speed Limit Can I Drive Without Getting a Ticket in California?

Going even a single mile per hour beyond the limit is technically against the law; a police officer may stop you for doing 41 in a 40 zone. But in actuality, most police won’t give you a ticket unless you’re driving at least five over.

Keep in mind that each officer has considerable discretion. Some police officers could be really rigorous, so even if you’re just a few miles per hour over, you’ll see flashing lights behind you. Other police officers are more forgiving and won’t stop you unless you drive ten over.

Context is another important consideration. You will almost certainly receive a penalty if you go eight over in a school zone. Eight over the limit on a five-lane highway? Not really.

In the end, it’s crucial to remember that speed restrictions are indicated on signs for a purpose. If you go beyond the posted speed limit, you’re breaching the law. So it’s definitely advisable to let up on the gas so you can get where you’re going without being concerned about getting a ticket!

Another incentive not to speed is the fact that traffic fines will always result in higher insurance premiums.

Please contact us at Ticket Snipers if you have any questions about how much over the speed limit can you drive without getting a ticket, and how to defend yourself in case you do. We are available 24/7 if you’d like to chat with one of our trained consultants to discuss your situation. 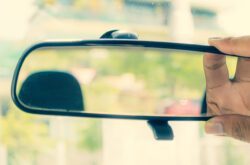 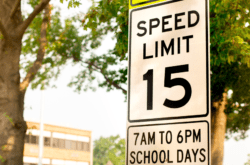