How to Write a Letter to a Judge to Dismiss a Ticket?

Receive a Ticket? Let's Beat It

There is a significant chance you can contest the speeding ticket if you have never received one before or if it has been three years since your last one.

In California, writing a letter of appeal for a speeding ticket is the first step. There is still a chance to have the ticket withdrawn or the fee decreased, even if you were speeding. The likelihood of having the ticket rescinded or the punishment lowered should be considered.

In most places, a driver who exceeds the posted speed limit by five or ten miles per hour may just receive a warning from the police officer, or if they receive a citation, they have a higher chance of having it withdrawn or lowered. However, there is a significant probability they will be assessed the maximum fine with no hope of reimbursement if they are traveling at 75 mph in a 50 mph zone.

The only exception might be if the driver is transporting someone to the hospital emergency department or to another emergency. Consider the following to start writing your dismissal ticket letter:

Getting a Ticket Dismissed

It is possible that the length of time after the ticket was issued will determine whether or not the ticket can be “dismissed.” In essence, you will be required to submit an application to either vacate or set aside the conviction. It could make a difference in which ticket you request to be saved for you.

Writing a Letter to a Judge to Dismiss a Ticket

Writing an appeal letter to the court about your speeding ticket is the first thing you need to do in order to get your fee reduced. In your letter, you should explain who you are, when and where you got your ticket and the reasons why you believe the fine should be decreased. It is important to keep in mind that writing an appeal letter is virtually the same as asking the court for a favor; therefore, the language that you use in your letter should be humble even if you are furious about the ticket or feel that it is unfair.

If you have proof that would help support your position, you should either mention it in the letter or include it with it.

It’s important to include in your letter any supporting evidence you may have. For instance, take a picture of the sign and include it with your letter to indicate you couldn’t see the legal speed limit because it was obscured by vegetation or other signage. It is also permissible to bring up the possibility that a traffic camera or radar gun read an incorrect speed.

There may be a waiting period of up to six months during which the driver must avoid receiving any speeding citations. The ticket will be canceled if this happens.

This letter serves as a formal appeal request for a speeding ticket that I was issued on [DATE]. The ticket number is [NUMBER] and my name and address are listed above.

I concur that the officer was correct to issue me a ticket because I was going over the speed limit. I failed to notice the speed restriction when I was driving my pregnant wife to the hospital.

Given that I drive very carefully, this is my first ever speeding ticket. I want my speeding ticket to be thrown out or changed to a non-moving offense. This would prevent the cost of my insurance from rising above my means.

I appreciate you considering my request to have the speeding ticket thrown out or downgraded to a non-moving offense. Call [Phone Number] or email [Email Address] to get in touch with me.

Employing a professional who specializes in providing services for traffic offenses is another option. If the ticket is going to be highly expensive and will cause your insurance premiums to go up, it may be in your best interest to engage a member of our team at Ticket Snipers.

However, in the majority of instances, the filing of an appeal letter in response to a speeding citation does not require the services of an attorney. Therefore, you must be doing far better than fine! 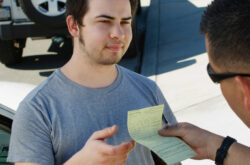 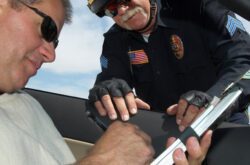 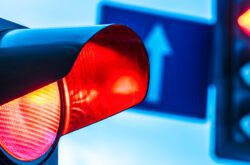