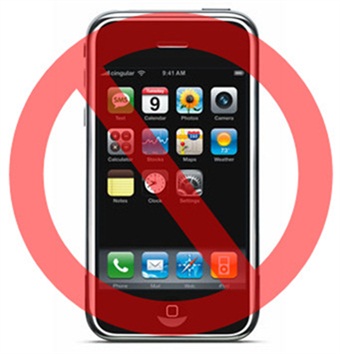 We’ve all seen the billboards and commercials warning against texting and driving. It can be dangerous. And states are doing what they can to make the roads safer. Though the laws banning held-held devices and texting while driving are fairly uncontroversial, they are hard to enforce and a recent study shows that they may not be enough.

For the past six years, California has been trying to reduce the danger that cell phones behind the wheel cause. In July of 2008, Six years ago, California prohibited all drivers from using a handheld wireless telephone while operating a car. In January of 2009, the state made it illegal for all drivers to text while driving.

Since the introduction of these laws, tens of thousands of tickets have been handed out. But there is no evidence that the laws have made the roads any safer.

began enforcing a ban on the use of cell phones behind the wheel. A study published in the journal Transportation Research found that there was no evidence cell phone bans made driving safer.

“Our main result was that we found no evidence that the California cellphone ban decreased accidents,” Colorado University economics Professor Daniel T. Kaffine,, said in a statement. “This is surprising, because a lot of prior studies had shown that people who talk on cell phones, while driving, are just as impaired as people who are intoxicated.”

The authors of the study compared two six-month time periods—one before the ban and one after the January 2009 ban on texting while driving.

“When we go to the data we just didn’t see any evidence that accidents actually declined in the six months after this ban that was put in place,” Kaffine explained.
The study did not attempt to investigate why the law failed to produce results, beyond suggesting a few possibilities for further research.

“Even if drivers fully complied with the law, it is possible that accidents would not decrease,” the study found. “First, if hands-free cell phone use is as distracting as hand-held use, substitution from one method to the other may leave the number of accidents unchanged. Or, risk may vary across drivers, and drivers who use cell phones may simply be inherently more careless and accident prone.”

Studies conducted in New York, the District of Columbia, and Connecticut, have come to the same conclusion. They do see, however, a reduction in the use of handheld devices when laws banning hand held devices are in effect. There are currently no states that ban hands-free devices.

Will Smart Watches Be The Next Banned Device For Drivers?