Regulations regarding out of country truck drivers

The United States accepts foreign commercial licenses from the federal government of Mexico and provinces and territories in Canada. The standards, requirements and penalties of the Commercial Driver’s License Standards apply to every person who operates a commercial motor vehicle in the United States. There are very few exceptions to these regulations and includes, but isn’t limited to, military drivers, farmers, firefighters, and emergency response vehicles. As a result, foreign truck drivers must follow these standards as outlined in §383 of the Code of Federal Regulations.

A driver can only have one CDL (commercial driver’s license). Drivers will be disqualified and obtain other penalties for convictions of certain criminal and traffic violations. Drivers who commit these offenses are subject to suspensions, revocations, or cancellations of their driving privileges. Drivers are required to notify their employer and State of domicile of these offenses. All drivers are required to provide their full employment history when applying for their CDL.

Employers are prohibited from allowing a person with a suspended license to operate a commercial motor vehicle and §383 has testing and licensing requirements for all commercial drivers. All qualified applicants for a CDL must take these tests and meet the Federal standard. The purpose of §383 is to prevent accidents, injuries and fatalities by having a bright line rule of requiring all drivers operating in the United States to possess a commercial motor vehicle driver’s license and to disqualify drivers who operate commercial vehicles unsafely.

If a driver is convicted of being under the influence of alcohol or a controlled substance (as defined by state law) or they refuse to be tested, their CDL will be disqualified for 1 year. However, if they are convicted of driving under the influence while transporting hazardous materials (defined in §383.50) they face disqualification for three years.

It is important to note a second conviction of any of the offenses mentioned above will result in a life disqualification. A State is able to reinstate a driver after a life-time disqualification after 10 years (unless they were convicted of manufacturing, distributing, or dispensing a controlled substance while operating a commercial vehicle), if the driver voluntarily entered and completed an approved rehabilitation program. However, if the driver is convicted of another disqualifying offense they can’t be reinstated.

1. Speeding excessively (15 mph or more above the posted speed limit)

2. Driving recklessly (as defined by state or local law) including but, not limited to, driving in a willful disregard for the safety of persons or property

4. Following another vehicle too closely

5. Violating State or local law relating to traffic control in connection with a fatal accident (does not include parking violations)

7. Driving a commercial motor vehicle without a CDL or CLP in the driver’s possession

8. Driving a commercial motor vehicle without the proper class of CDL/CLP, endorsements for the specific vehicle group, passengers and/or type of cargo being transported

10. Violating State of local law restricting or prohibiting use of a hand-held mobile telephone while driving

1. The driver fails to slow down, and check that railroad tracks are clear of an approaching train

2. The driver fails to stop before reaching a railroad crossing while a train is approaching

3. The driver fails to stop before driving onto a railroad crossing when required to stop

4. The driver fails to have enough space to allow them to get through the railroad crossing without stopping

5. The driver fails to obey a traffic control device or direction given by enforcement officer at a railroad crossing

6. The driver fails to negotiate a crossing because of insufficient undercarriage clearing

All of the standards, regulations, and penalties discussed here can be found with additional information at www.ecfr.gov. It is important for foreign truck drivers to be aware of these standards and regulations in order to ensure they maintain a valid Commercial Driver’s License while driving in the United States. 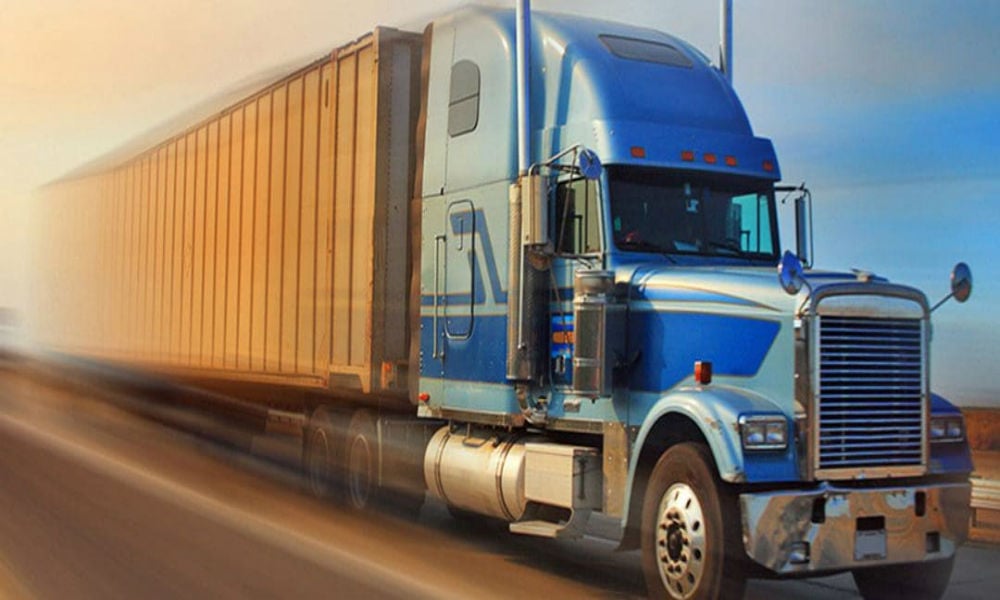 What Lanes Can Tractor Trailers Travel in Legally