A Failure to Present a Driver’s License ticket will cost you $237 and Up in fines plus $1,000+ in insurance hikes and penalties. 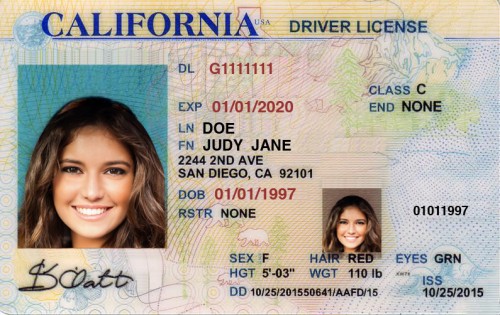 A motorist on a California roadway must have a driver’s license in his or her possession. If stopped and detained by a police officer, the motorist must present a license or be subject to a fine. This code section is often a correctable violation, also known as a “fix-it ticket”, meaning that the charge will be dismissed in many cases if you merely produce a valid driver’s license at your court date.

“(a) The licensee shall have the valid driver’s license issued to him or her in his or her immediate possession at all times when driving a motor vehicle upon a highway. Any charge under this subdivision shall be dismissed when the person charged produces in a court a driver’s license duly issued to that person and valid at the time of his or her arrest, except upon a third or subsequent charge the court in its discretion may dismiss the charge.

(b) The driver of a motor vehicle shall present his or her license for examination upon demand of a peace officer enforcing the provisions of this code.”

There are a number of reasons why a motorist may not have a valid license in his or her possession:

Undocumented immigrants can obtain valid driver’s licenses in California although many immigrants may be unaware of this fact.

To be convicted under CVC 12951, the prosecutor needs to prove each element of the offense:

If you have no valid driver’s license, then the officer will cite you under CVC Section 14601 for driving on a suspended or revoked license.

Your penalty for violating CVC Section 12951 depends on which subsection you violated. For instance, if you neglected to have your driver’s license on you when requested by the officer, you will have violated subsection (a) and face a fine starting at $237. However, if you do produce a valid license at your court appearance that indicates that it was valid when you were cited, then the court is obligated to dismiss the charge. However, if this is at least your third violation of CVC Section 12951, the court has discretion in whether to dismiss the charge or not.

Should you violate CVC Section 12951(b) for refusing to produce your license, this is considered a misdemeanor. Penalties for a misdemeanor are:

If you have been cited for failing to present a valid driver’s license, we may be able to assist. Give our team a call to discuss your options or submit your citation for a free ticket review.