A California Speed Laws ticket will cost you $237 and Up in fines plus $1,000+ in insurance hikes and penalties. 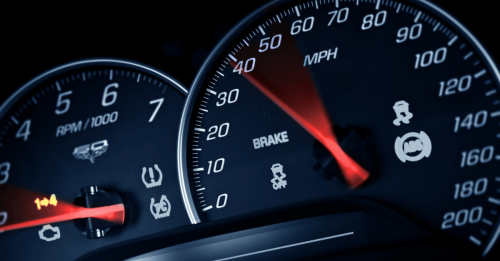 As a California resident, what does speeding mean to you?

Expensive, speeding tickets in California are harsh and hit you right where it hurts…your wallet. Drivers going just one mile per hour over the speed limit can be subject to hefty fines, points and insurance increases. If you run into multiple violations during a short period of time the State can even suspend your license.

Many states have different rules on the number of points assessed to a driver’s record.

The number of points assessed to a driver’s record is determined by the number of miles that a driver is caught going over the speed limit and the specific vehicle code for which they are cited.

It is important to know that no points are added to a driver’s license unless there is a conviction of the violation a driver received a ticket for. In the state of California, basic speed laws have been established. What this means to a resident or driver in California is that they may not drive faster than is safe for the existing conditions. The California Department of Motor Vehicles advises drivers to be conscious of speed limits in the following driving conditions:

Know the speed limits in California

On most highways in California, the maximum speed limit is 65 mph. It is common belief that a driver may travel at the speed limit of at least 70 mph without any trouble. Keep in mind even one mile per hour over the limit is consider a violation of the law. Furthermore, unless posted otherwise, on a two-lane undivided highway and for vehicles towing trailers, the maximum speed limit is 55 mph. All speed limit signs are calculated for favorable driving conditions (dry road, clear view, uncontested). If a driver notices a specified speed limit, it is designated for the particular type of road and the traffic for that area. Note that in school zones, construction zones, and residential areas there are reduced speeds as low as 15mph.

Which lane is best for me?

Choose the best lane of travel for your conditions. Be mindful that slower travel is suggested when there is bad weather or heavy traffic. Blocking the normal and typical movement of travel is unlawful and a driver can be cited. It is good practice, if a driver operates their vehicle slower than the traffic to move to the far right. A driver that drives slowly should not operate their vehicle in the fast lane.

When a driver finds another driver following close behind them best practices include moving over to the right and allowing the other motorist to pass. When a driver is towing a vehicle/trailer or driving a bus with 3 or more axle truck, the outer most right lane is the correct lane of travel. Typically, there is a lane indicated for slower vehicles. If there is not a sign present, a slower driver is permitted to drive in the two lanes closest to the right edge of the road only.

What does the California Code say about CVC 22351?

(a) The speed of any vehicle upon a highway not in excess of the limits specified in Section 22352 or established as authorized in this code is lawful unless clearly proved to be in violation of the basic speed law.

(b) The speed of any vehicle upon a highway in excess of the prima facie speed limits in Section 22352 or established as authorized in this code is prima facie unlawful unless the defendant establishes by competent evidence that the speed in excess of said limits did not constitute a violation of the basic speed law at the time, place and under the conditions then existing.

An important takeaway from the section of the code is that conditional elements are a key factor in determining whether or not a violation was committed. The officer has the discretion to cite you based on their best judgement of the situation, but when the violation is challenged you are afforded the opportunity to have the Judge consider your input.

Have you received a California Traffic Ticket for CVC 22351?

In the case of CVC 22351, this violation costs a driver one point on their driver’s license and a fine determined by their alleged speed.

If you received a citation for speeding, reach out to our knowledgable team today to understand how we can assist and what options you have available. You can also submit your citation for a free review.