A Prima Facie Speeding ticket will cost you $474 and Up in fines plus $1,000+ in insurance hikes and penalties. 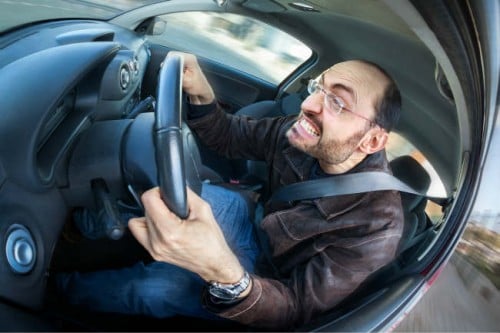 Speeding Laws are Here to Protect the Public

Picture this: It’s a nice sunny day, and you’re taking a leisurely drive along a California highway, just minding your own business and enjoying the day. Or you’re rushing to a job interview, making your way to the grocery store, or out running errands. You’re moving right along when you see it – the dreaded “Road Construction Ahead” sign. You know that your imminent arrival is going to be delayed. All you can do is take a deep breath, maybe mutter a few choice phrases under your breath – or just blurt them out – and slow down.

If you don’t slow down to the posted speed it’s very likely that you’ll likely end up as the recipient of a California traffic ticked issued under Vehicle Code 22362. Even if you do slow down, you might still get a ticket. Because mistakes can be made, even by police officers, CVC 22362 is a code that’s taken quite seriously because of the danger drivers and work crews can be exposed to when violated.

It is prima facie a violation of the basic speed law for any person to operate a vehicle in excess of the posted speed limit upon any portion of a highway where officers or employees of the agency having jurisdiction of the same, or any contractor of the agency or his employees, are at work on the roadway or within the right-of-way so close thereto as to be endangered by passing traffic.

This section applies only when appropriate signs, indicating the limits of the restricted zone, and the speed limit applicable therein, are placed by such agency within 400 feet of each end of such zone. The signs shall display the figures indicating the applicable limit, which shall not be less than 25 miles per hour, and shall indicate the purpose of the speed restriction.

Nothing in this section shall be deemed to relieve any operator of a vehicle from complying with the basic speed law.

The use of the term “prima facie” leads many people who receive these types of California traffic tickets to believe that the charge is indisputable and there’s no way they can win if they choose to fight the ticket.

However, with prima facie speeding violations, just like all violations, you are innocent until proven guilty. The officer’s allegations can be challenged and he or she would be required to demonstrate proof of your guilty beyond a reasonable doubt.

Due to the serious nature of these violations, traffic fines are doubled in construction zones and these violations would also add a point to the violator’s driving record.

If you’ve been issued a citation for violating CVC 22362, reach out to our team to learn more about your options. You can also take advantage of our free ticket review.