How Can I Know If A Red Light Camera Caught Me

Receive a Ticket? Let's Beat It

What is a Red Light Camera?

If you search the web, you will come across different definitions for the term. Here’s the simplest one:“A red light camera is a type of traffic enforcement camera that captures an image of a vehicle that has entered an intersection in spite of the traffic signal indicating red.”You will find several of these cameras in California. The purpose is to capture violators without any manual work. They remove the need to keep an eye on cars.Officers don’t have to be present at red lights to notice violators as these cameras can get the job done in an efficient manner. We must mention that red light cameras are considered very effective and important since about 22% of all road accidents in the US are due to drivers not paying attention to the red light.These accidents cause more than 800 deaths per year and result in a loss of around $7 billion dollars in medical bills, lost productivity, property damage, and insurance hikes.Despite this, such violations are on the rise and have increased by about 10% in the last few decades.California believes that red light cameras can reduce such incidents. However, not all states are currently onboard and these cameras are considered illegal in most parts of the country.The interesting thing about red light cameras is that they’re not constantly at work. While it is important to drive safely, as it is the best way to protect you and others around you, yet we understand why you’d want to know if a red light camera has caught you.In order to understand this, you must first know how a red light camera functions.

How Do Red Light Cameras Function?

The almost mythical, looming threat of being caught by a red light camera is real. It piques almost every driver at some point in time as many end up getting a red light camera ticket. After the yellow light appears, the red light will signal you to stop and if you run the red light, a camera will get the picture of your vehicle.Of course, you should be careful when you’re on the road and you should never intentionally run a red light, but we understand that mistakes do happen.Let’s make it clear, red light cameras do not do the job of tracking when a vehicle breaks the law or goes through a red light. They come with sensors that get triggered when a vehicle goes through a red light.These cameras make use of a new and sophisticated system that has been proven to be reliable. They, law enforcement, make use of three elements including cameras, computers, and triggers.In some high traffic locations, you might even find multiple triggers and cameras. They’re typically installed on poles and in corners at a height so that they’re able to click clear pictures or a photo. They point inward so they can zoom on the target.You might even find these installed at all four corners in case of an intersection so that there can be pictures from multiple angles to ensure there are no issues.While most red light cameras can only click pictures or photos, some reports indicate that some states also use film cameras for better footage.So, how do they work? The mechanism is simple. When a vehicle breaks the signal, the sensor quickly sends a message to the camera that immediately clicks a picture of the vehicle’s license plate and the person driving the vehicle.In most cases, the driver will notice one or several camera flashes when the camera is at work. In case you’re caught, the vehicle owner will receive a red light camera ticket.The ticket comes with proof, citation, and the amount you owe. The proof is of importance as it serves as evidence as is usually in the form of an image.This is of huge importance because what a red light camera can click differs from state to state.Jeff Westover, a former Washington state police officer explains, “Washington state law prohibits a picture or video of the face of the driver, so the violations recorded in Washington state are all of the rear of the vehicle. However, other states may differ and have a view of the driver of the vehicle.”

How Will I Know I’ve Been Caught?

A question that needs an answer: How to check if I got a red light ticket in California? As mentioned earlier, in most cases, you will notice one or several flashes when you get photographed, but that may not always occur or the flash might not always be noticeable. This is why it can often be a little difficult to know when you’ve been caught.This is because the latest cameras use an infra-red flash that can be hard to notice. Hence, you might not always know if you’ve been caught or not and the only way to be sure is to wait for a red light camera ticket.Spotting a Red Light CameraYou will find warning signs in some cities when there is a red light camera present at a particular stop, but such ease might not be available in all corners. Hence, it is important to know how to spot a red light camera.You might come across some extra red lines painted in some places. These lights are basically indicators to inform you if you’ve violated the red light.The easiest option is to look for signs that are typically posted at a distance of 50 to 500 feet from the signal where the red light camera has been installed. However, just because there is no sign doesn’t mean there’s no camera.Knowing how a red light camera looks can be helpful in identifying one. They come in different sizes and designs including some big cameras that can be easy to spot.Most come in large, square, silver or white boxes with the flash installed beneath the box. However, in some cases, the flash is also installed inside the box. You will also find some rectangular boxes that appear more like surveillance cameras.The good thing is that most states install red light cameras on tall silver or white metal poles close to the signal that makes identification easier. Some cameras are even attached to street light poles that are installed in the right position.While knowing how cameras look or where they’re installed can be beneficial, you should never try too hard to look out for them when behind the wheel as it can result in accidents.Your attention should always be on the road so that you break no law and cause no damage.

How Effective are Red Light Cameras?

Do All Signals Have Red Light Cameras?

This might come as good news to some but not all signals have red light cameras. However, this doesn’t mean you are free to break the law or the California Vehicle Code.While we aren’t sure exactly how many signals have red light cameras, the fact is that most states that already have them are planning to install more red light cameras.“Each municipality across America has different operating budgets and traffic safety programs for implementing red light cameras,” says David Reischer, an attorney with experience in road cases.However, they’re not common because “they are very expensive to install,” Westover says.“Most jurisdictions have the cameras installed on their most dangerous intersections (those with a higher percentage of crashes due to violations),” Reischer adds.This is why you might not see any red light cameras in areas that do not typically have heavy traffic. However, urban areas “could easily have 15 percent or more of their traffic lights with a red light camera,” experts say.

What Happens When You Get Caught?

Getting caught by a camera is the same as getting caught by an officer – you will get a ticket. The interesting bit is that getting caught by a red light camera doesn’t mean getting punished.In some states, it is a legal requirement to get these violations reviewed and approved by a commissioned officer before a red light camera ticket can be issued.This is to protect your right because “your car could just pass the sensor when the light is red, but not actually enter the intersection. So the officer would not actually deem it a violation,” says Westover.However, if the officer finds you guilty, you will be issued a red light violation ticket.“Typically, the Department of Motor Vehicles (DMV) for each state will send a red light camera ticket via postal mail based on the registration information that is associated with the license plate,” Reischer explains.Some cities use apps to deliver the message to the culprit. Once you receive the ticket, examine it to find details such as the value of the ticket and the due date.Remember that fines differ from state to state and can be as low as $50 or as high as $100.Once you receive the ticket, read it carefully and decide if you wish to pay the fee or challenge the ticket.“The unpaid violations can be sent to collections,” warns Westover, “but this is dependent on state laws and jurisdictional involvement.”

What if I am Not the Driver?

If your vehicle was being driven by someone else then you might have the option to provide the name of the driver and avoid paying fine. This is because the law puts the blame on the driver and not the owner of the vehicle.However, remember that this isn’t obligatory and you are not legally obliged to reveal the identity of the driver. Thanks to the fifth amendment, you have the option to decline a judge’s request to identify the driver.Out of State LicenseIf a red light camera catches you in California and you’re an out of state driver then you might not face the same consequences as drivers with a local license, according to this report. This is because Florida does not have the right to suspend licenses issued by other US states.If you have received a red light camera ticket then it is important to know the right way to deal with it. Get in touch with an attorney today and find a viable solution.We at Ticket Snipers are available for everyone since we understand how speeding, red-light tickets, traffic tickets, and citations may affect our clients’ life. We know they can’t afford to miss work to attend superior court or traffic school, and they can’t afford to pay huge fines or have their insurance rates raised. If you need help fighting your red light ticket in court, Ticket Snipers can help you out! 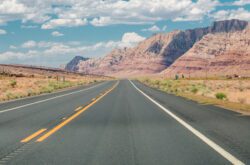