A Speeding on Highway ticket will cost you $237 and Up in fines plus $1,000+ in insurance hikes and penalties. 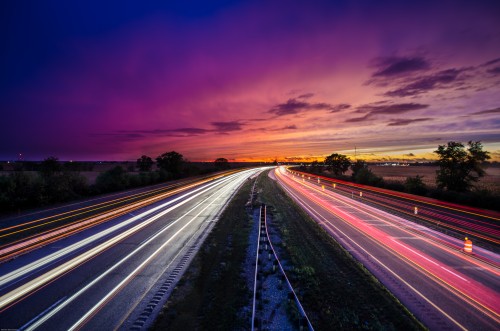 If you have received a speeding ticket in California, you were most likely cited for a violation of California Vehicle Code 22349. CVC 22349 is the code that determines the maximum speed limit on highways, and the majority of speeding tickets issued fall under this code.

CVC 22349(a) states, “… no person may drive a vehicle upon a highway at a speed greater than 65 miles per hour.” That seems to be pretty straightforward. If you drive faster than 65 mph, you’re speeding.

CVC 22349(b) states, “…no person may drive a vehicle upon a two-lane, undivided highway at a speed greater than 55 miles per hour unless that highway, or portion thereof, has been posted for a higher speed by the Department of Transportation or appropriate local agency upon the basis of an engineering and traffic survey.” Again, that seems pretty clear cut.

Although the code is fairly straightforward, the circumstances surrounding individual situations factor in heavily to how these citations are issued. These include, but are not limited to roadway conditions, weather, traffic, the vantage point of the officer and the method the officer utilizes to detect speed. These variations mean that regardless of how simple the law seems, each case possesses its own unique set of circumstances, allowing the citations to be challenged.

Before a citation is even issued, there are a number of myths that surround speed laws that demonstrate a severe cognitive dissonance from our days in Driver’s Ed. Many times this discrepancy between what we think is permissible under the law and what the California Vehicle Code actually states can lead to a ticket. To help you out, we compiled a short list of these misconceptions.

It is called a speed limit for a reason, as the speed limit constitutes the maximum speed at which a vehicle may drive on the roadway so long as conditions permit. There is no legal grace period for speeding. An officer has the discretion to cite you for exceeding the speed limit by 1mph or even for driving at the posted speed limit if they do not feel the roadway conditions can accommodate travel at that speed. We’ve seen it happen.

This concept harkens back to childhood when many of us would attempt to justify misbehavior by telling our parents that others were acting the same way. This writer can hear her mom-turned-traffic-cop chiding her, “If all of those other drivers jumped off a bridge, would you do it too?” The speed of other drivers does not increase the speed limit on the roadway.

The far left lane on the highway is supposed to be reserved for passing, but is only colloquially known as the “fast lane”. The nickname does not afford license to drive at a speed faster than the limit, even if the goal is to pass another vehicle. Passing is intended to be done at the speed limit to get around slower-moving vehicle.

This one is a little trickier, but the only vehicles for whom traffic laws are suspended in emergency situations are designated emergency vehicles. These vehicles are equipped with signaling equipment like lights and sirens which notify individuals that they need to allow for a clear path. The same cannot be said for your average vehicle. Emergency situations do arise, but breaking traffic laws in those situations puts others as risk. If you or another person is in a life-threatening situation, call an ambulance to transport you safely.

So you received a speeding ticket. What now?

If you were cited with a speeding citation our team of experts may be able to assist. Reach out to us today to find out more about what options you have available. You can also submit your ticket for a free ticket review.